Protacio Townhomes is located in Aurora Boulevard in Pasay City. Hence, the location is one of the primary factors to invest in your own townhouse unit within this community. Pasay City is one of the cities that form Metro Manila within the National Capital Region. It shares borders with other cities in Metro Manila such as Manila, Makati, Taguig, and Parañaque. Since it is located south of Manila, it quickly developed into an urban town and is one of the top cities in the metro. Along with the growth and development of Pasay, so did its population growth.

One of the reasons why the population of Pasay continues to grow is because of housing developments such as Protacio Townhomes. The city is now the site of many corporate headquarters, government offices, commercial and business centers, and more. These urban expansions also meant that it opened up employment opportunities for the locals. Meanwhile, those who have employment within the city of Pasay are moving into the city to be closer to where they work.

The city of Pasay also shares the location of the Ninoy Aquino International Airport with the city of Parañaque. Both Terminals 2 and 3 are located within this city. The Manila Domestic Airport is also located in this city. Meanwhile, some of the top companies and businesses in the country have their main headquarters in Pasay City. Some of these companies include Philippine Airlines, Philippine National Bank Financial Center, World Trade Center, Cebu Pacific, PAL Express, and Oishi, to name a few. Hence, the economy of the city is booming and this makes the city of Pasay an even more desirable location for more developments. By investing in and living in the townhouse community of Protacio Townhomes, this puts you right in the heart of this economic development that will open up more growth and employment.

The city of Pasay is also served by many main thoroughfares and highways that are connected to other cities in Metro Manila.  Some of the main roads that are easily accessible within Pasay are EDSA, Roxas Boulevard, Taft Avenue, and Gil Puyat Avenue. Meanwhile, the three expressways (South Luzon Expressway, NAIA Expressway, and Calabarzon Metro Manila Skyway) are also easily accessible from any point in Pasay City. 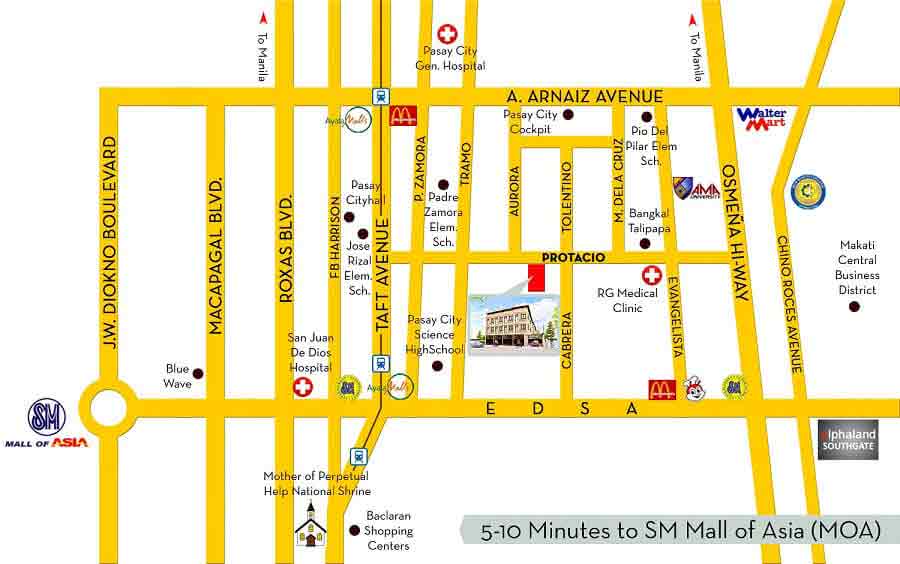 And speaking of roads, Protacio Townhomes is easily accessible to various public transport vehicles. This can be jeepneys, buses, and the MRT stations. There are also pedicabs and tricycles serving the smaller barangays in Pasay City, adding more to the convenience of living here.

Protacio Townhomes’ location in Pasay City also means that residents will get to enjoy the convenience of having access to various establishments and businesses. The following landmarks and commercial centers are within a few minutes from this townhouse community: SM Mall of Asia, SM Megamall, Protacio Hospital, Manila Doctors Hospital, San Antonio de Padua Chapel, STI Pasay, and Asian Institute of Maritime Studies. The city of Pasay is also linked with a few notable names of celebrities and politicians who live in the city such as Sharon Cuneta, Pablo Cuneta, Lisa Macuja-Elizalde, and Maricel Laxa. 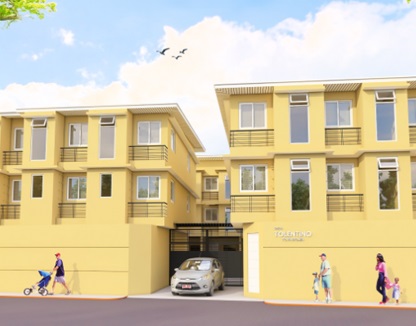